Nottingham Forest celebrated their first home game in the Premier League for 23 years by beating West Ham 1-0 on Sunday.

The two-time European champions have made 14 new signings in a bid to maintain their top-flight status and two of those making their home debuts were the heroes as Taiwo Awoniyi scored the only goal and Dean Henderson saved Declan Rice’s penalty.

Forest had fortune on their side as the Hammers also had a first-half goal controversially ruled out and hit the underside of the crossbar twice after the break through Pablo Fornals and Said Benrahma.

But that mattered little to a capacity 30,000 crowd at the City Ground, who roared the home side over the line.

West Ham have now lost both their opening two games of the season, but in stark contrast to a 2-0 defeat to Manchester City last weekend, they should have taken at least a point back to London.

Benrahma’s cool finish from Rice’s pass was ruled out after a VAR review for a foul by Michail Antonio as he blocked off Moussa Niakhate.

On top of nearly £100 million in transfer fees, Forest have splashed out a reported £200,000-a-week to secure Jesse Lingard on a one-year deal.

Lingard had been long linked with a return to West Ham after a succesful loan spell in the 2020/21 season.

And he played a part in the winner as his shot was blocked by Ben Johnson but rebounded in off Awoniyi’s knee.

Bar a Brennan Johnson goal that was ruled out by VAR for offside, it was the visitors who had all the major chances after the break.

Fornals smashed an effort of the bar seconds into the second period before Benrahma did likewise from a nearly inch-perfect free-kick.

Rice had the best chance of all from the spot after Scott McKenna handled Tomas Soucek’s effort.

However, Henderson made himself an instant hero by diving low to his right to save the penalty.

More desperate defending was needed by Neco Williams to clear Kurt Zouma’s header off the line late on, but Forest held out for a famous win. 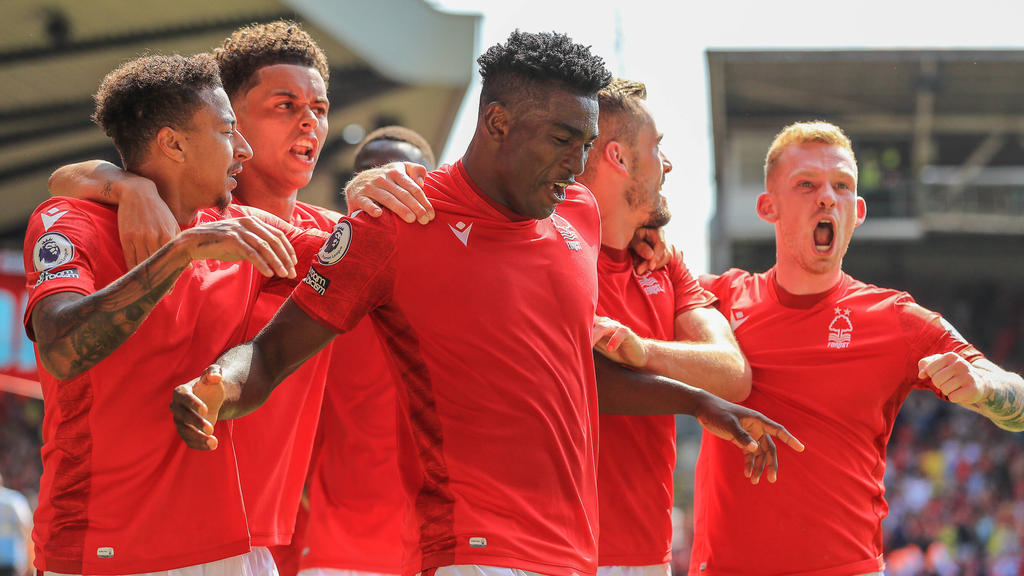