Liverpool boss Jurgen Klopp compared his side’s thrilling 2-2 draw against Manchester City on Sunday to a slugfest between two prize fighters, saying neither side could afford to drop their guard for a single second.

Gabriel Jesus restored City’s advantage before the break but Sadio Mane marked his 30th birthday with a second equaliser for Klopp’s men.

Raheem Sterling thought he had put City ahead for a third time against his former club but VAR ruled against him in a tight offside decision and substitute Riyad Mahrez fired over late on.

“What a game,” Klopp told Sky Sports. “Wild. Better start for City, but you can describe it a little bit like a boxing fight. Both arms down for a second and you get a massive knock.

“You can shake a little bit and then the next knock is coming from the other team. I liked a lot of things, when we played simple passes we were really dangerous and that’s how we scored the goals. It was a great game and the right result. The result we have to live with it, and can live with it.”

Liverpool appear to have the more difficult run-in but Klopp added: “We will not stop chasing. That’s clear, but now we have two different competitions before we start the Premier League again — and then see who has the better finish.”

Pep Guardiola said City had no margin for error in defending their one-point lead over Liverpool.

“Seven games left, we have to win all of them or it will be over,” said the City boss. “We are going to play for that.

“It was a good advert for the Premier League all around the world. I had a feeling that we let them (stay) alive, but Liverpool is a joy to watch.

“I know their threats up front and how difficult they are. We performed really well and I’m so incredibly proud of my team. But we knew before the game win, lose or draw it (title race) was not over.” 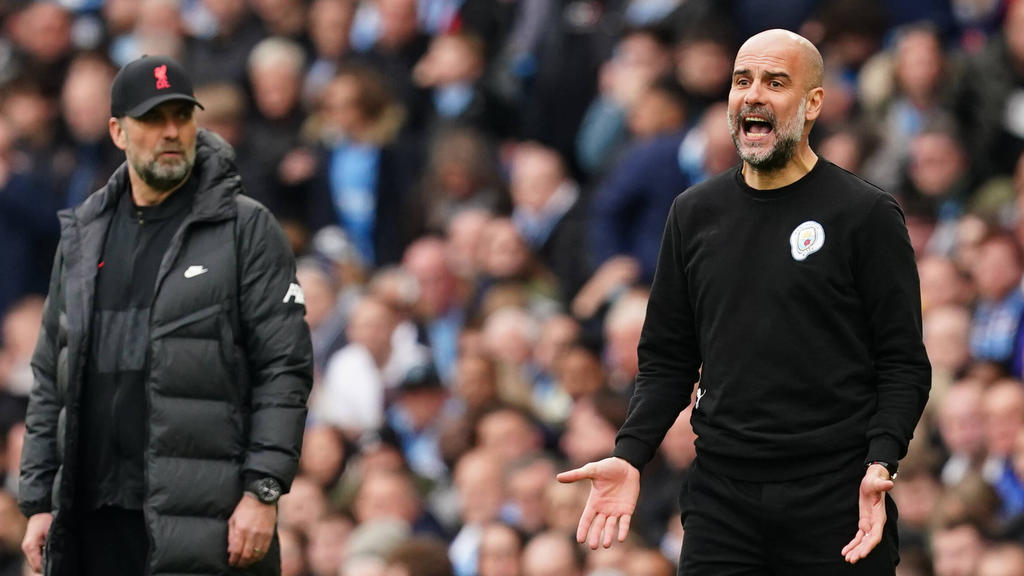