City had already announced on Christmas Day there had been four positive tests at the club for players Kyle Walker and Gabriel Jesus and two staff members.

“Based on strong medical advice the Premier League, in consultation with both clubs, have decided to postpone the fixture,” City said in a statement.

“After the latest round of Covid-19 testing, the club returned a number of positive cases, in addition to the four already reported on Christmas Day.

“With the security of the bubble compromised, there posed a risk that the virus could spread further amongst the squad, the staff and potentially beyond.”

According to Premier League rules matches will not be postponed unless the affected club has fewer than 14 fit senior players.

However, the league said the match had been postponed as a precaution on medical advice.

“Manchester City lodged a request with the Premier League today to rearrange the match following an increase in positive COVID-19 test results received by the club this morning, on top of the cases reported on Christmas Day,” the Premier League said in a statement.

“This rise has created uncertainty and the Premier League Board received medical advice that the match should be postponed.

“The Board agreed to rearrange the game as a precaution, and further testing will now take place tomorrow. The decision has been taken with the health of players and staff the priority.”

The clash at Goodison Park was the only Premier League match in the current round of fixtures due to have fans in attendance.

The city of Liverpool is in Tier two for coronavirus restrictions meaning up to 2,000 supporters can attend Liverpool and Everton home matches.

Everton could have gone joint top of the table, alongside Liverpool, with victory.

“Whilst Everton will always have public safety uppermost, we will be requesting full disclosure of all the information that Manchester City provided to the Premier League so the club can be clear on why this decision was taken,” Everton said in a statement.

City’s training ground will now close for an “indeterminate period” with further testing on players and staff to take place before it can reopen.

They are due to face Chelsea away in the Premier League on Sunday and Manchester United in the League Cup semi-finals on January 6.

“I think we all sensed this next period might be a tough one with what’s been happening pre-Christmas with Covid in general,” said Chelsea manager Frank Lampard with Sunday’s clash now in doubt.

“I think the Premier League and clubs have done a great job to keep football going in difficult circumstances, so let’s hope we can keep it going.”

It is just the second time that a Premier League match has been postponed due to Covid-19 since the 2019/20 season resumed in June.

Aston Villa’s clash with Newcastle earlier this month was called off due to an outbreak at Newcastle’s training ground.

The Premier League insisted the protocols put in place are still stringent enough to prevent another shutdown.

“The Premier League continues to have full confidence in its protocols and rules, and the way in which all clubs are implementing them,” the league added in its statement.

Guardiola’s mother died of coronavirus earlier this year and speaking after Saturday’s 2-0 win over Newcastle, the City manager said the health of his players must take priority.

“What we want is that Gabriel and Kyle don’t get worse and can be asymptomatic and pass this 8-10 days without tough symptoms,” said Guardiola.

“Covid is here. It is not just here in Man City, it is all around the world attacking hard so that’s why we have to be careful and what we want is the next days is for them not to have symptoms and recover.” 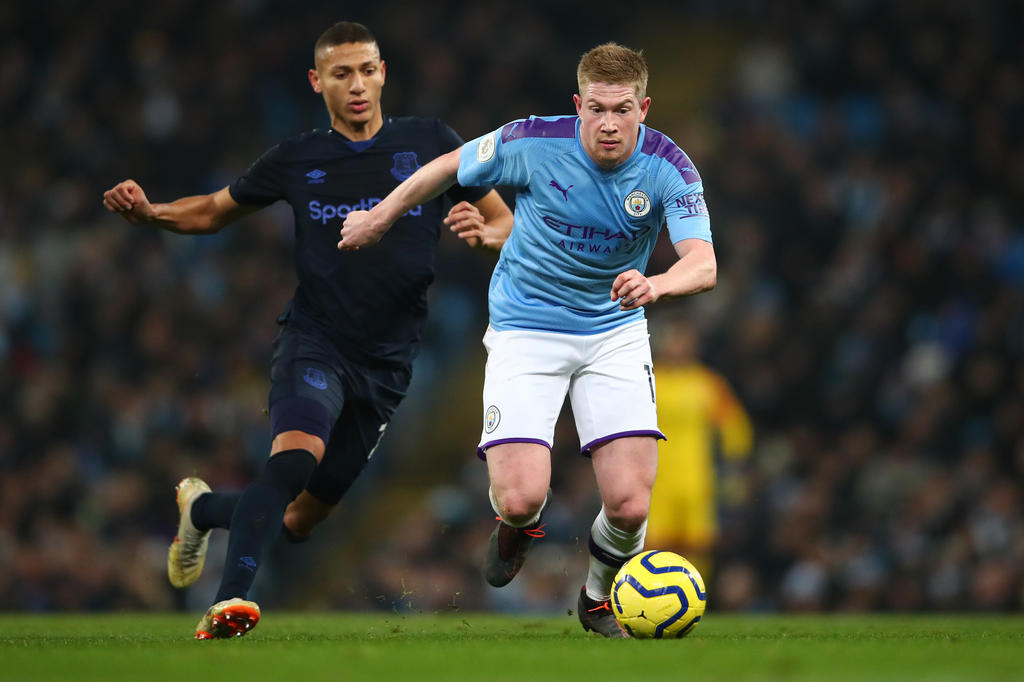